Who was Thaddeus P. Crockmier?

Well, sir, he was born in Virginia in the Fall of 1847. His father was a successful plantation owner with large holdings just north of Fredericksburg. He was a loyal southerner who fought with General Lee’s Army of Northern Virginia. After the War Between the States, a young Crockmier moved south and settled in Atlanta. He became a successful professional gambler and a man about the town. His one ambition was to build the most unique restaurant in the south. A place that would appeal toAtlanta’s finest. On October 6th, 1875, his dream came true. He opened the doors of Thaddeus P. Crockmier’s at the corner of Peachtree and Walton Streets. The place was a rousing success from the beginning. The decor was comfortable and the food was delicious. The drinks were the talk of the town. Crockmier’s became the in place for conversation and good fellowship. We are dedicated to the tradition that Thaddeus P. Crockmier established in 1875. So, here’s to you, Our Customer! We wish you Happiness and Good Cheer and, as always, we remain, 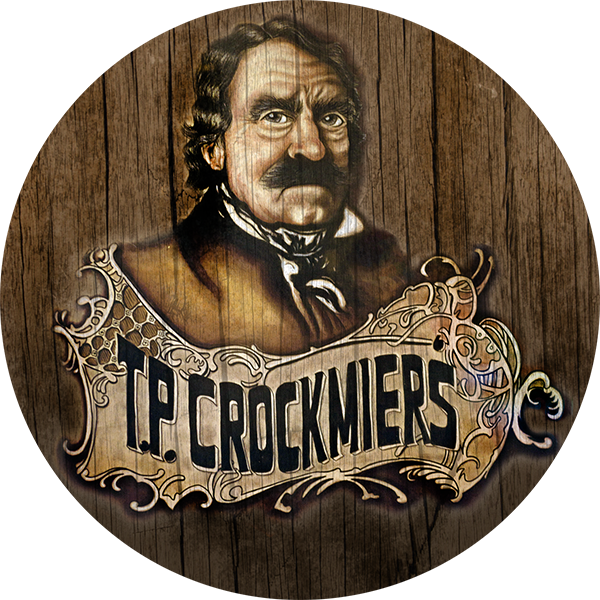